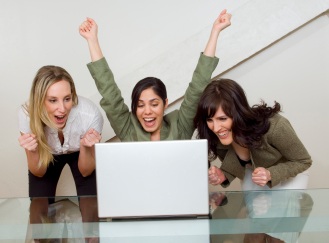 We live in the era of constant innovating. The saying “standing still means moving backwards” reflects the modern times. Trying to keep up with – or speeding past – the competition and fast-paced changes in the market place, even the most established companies are required to create fluidity, flexibility, and adaptability in their organizations. Business environments are moving to more porous boundaries of functions and positions, between the employees and customers, transparency of financials, and shared ownership of knowledge than ever before. There is also a deep understanding that for the new technologies to serve the market in the most opportune ways, they should be developed by a population as diverse as its users. Yet, this is not currently the case. Only recently technology companies began publishing their (dismal) diversity numbers – which made it clear that diversity in STEM fields is still just an aspiration, not reality.

However, the importance of it is reflected in the increasing number of articles of the topic, and leaders like Satya Nadella, CEO of Microsoft, claiming it a strategic issue and requiring bias training for all employees. The strategic elements of the business become amplified when the leader or the top leadership team prioritizes them. This is well illustrated in the conversation that has emerged about gender imbalance in the tech industry and leadership across all industries.  CEO Marc Benioff of Salesforce has taken this to heart as he laments in a CNN Money interview that he wishes that he could unwind time back to 16 years ago when he started Salesforce, and “put this women’s equality issue into the culture from the beginning.” Salesforce has now adopted equality in pay and parity in hiring as aggressive strategic goals.  This kind of commitment to diversity is not a moral issue but a critical business case.

As a society, we lose out on potential innovations when we do not have a diverse workforce fully participating in technology creation. Research shows that teams with diversity improve creativity, problem-solving, and productivity. Teams with 50:50 gender membership have shown to be more experimental and more efficient. Extensive research has found that groups with greater diversity generate a wider variety of potential strategies and solve complex problems better and faster than do homogenous groups. Hiring women, and people of varying races and ethnicities for improving diversity numbers is only half of the coin. The other half is that the hiring must be planned strategically, and the culture must be diversity friendly, inclusive. If this is not the case, retaining diverse talent will become a problem.

In case there is a wide culture gap, or the culture does not match the expectations of the talent, in a study by a research firm Catalyst, almost 50% of both high potential women and men said they would be likely to leave. If the culture gap was narrow, only 3% of women would leave while 23% of men might still consider it. If attracting diverse talent and boosting retention is a strategic goal, investing in building an inclusive culture pays off royally.