WIN is a Pay It Forward Platform 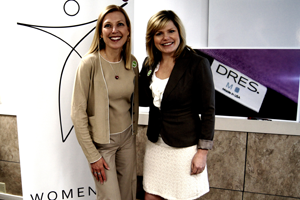 “Who are you as a leader?” When I ask this question of business women, most of them describe the way they lead: “I’m the one who shows the way/ takes the calculated risks/ makes the final call/ inspires others to work toward the vision/ get the deal done.” And so on.  Sometimes they see themselves as “servants” – being in service to others in the organization so that they can perform to the best of their potential and participate in fulfilling the purpose of the company.

Often a leader sees herself as a teacher, coach or a mentor. These teacher-servant leaders have a bigger impact than they will ever know. When they deliver their wisdom with the humility and passion they lead with example and leave an impression that touches both intellectually and emotionally.

The WIN community consists of leaders who have both heart and vision and the will to serve. CEO Margaret Spencer of DRES is one of them.  She took what she learned from her Kickstarter campaign and put it into a workshop format as a “Kickstarter Primer”. Those who attended received valuable instruction how to create a successful campaign.

We will soon offer a video of the workshop – stay tuned!

What makes you want to pay it forward? What have you paid forward recently? Who are you as a leader?